Once Upon a Time in Hollywood: Quentin Tarantino’s Not So Fine Piece

Quentin Tarantino's Once Upon A Time In Hollywood is set in an era when Hollywood was going through a change. The star-studded cast of the film promises the viewers a chance at a joy ride. Pitt, Caprio, and Al Pacino are names that attracted the audience to the cinemas. 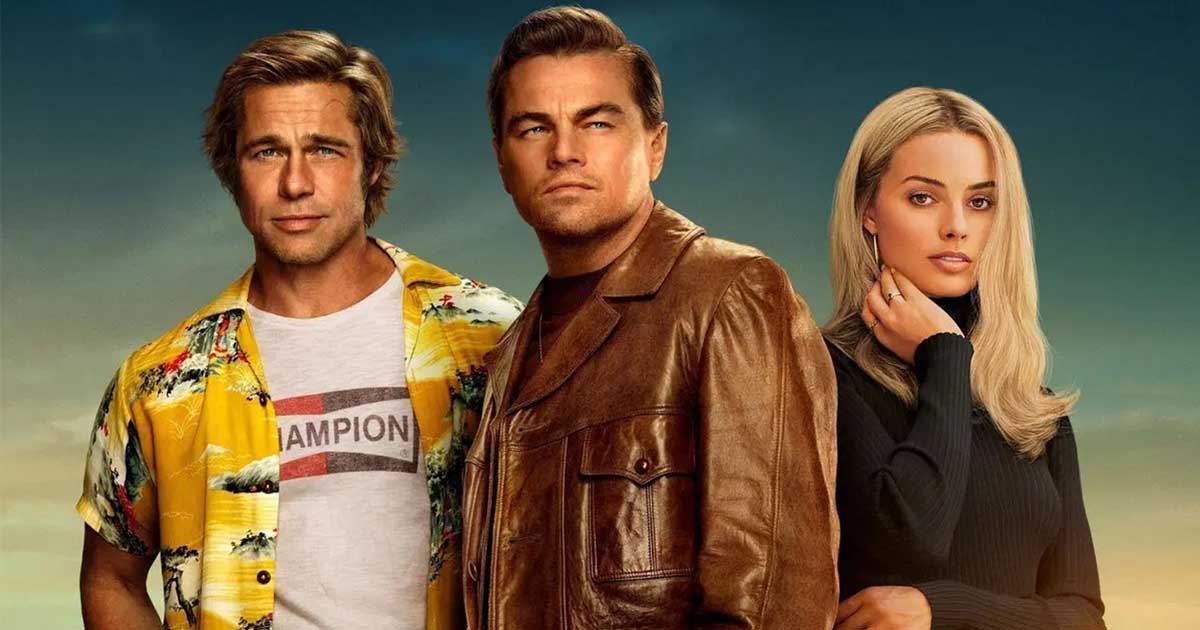 Sometime during the course of his eight stellar films, Quentin Tarantino has established himself as a mystical force in Hollywood. The American filmmaker is a rarity not only in how he is able to convince studios to heavily invest in a way that is nowadays only reserved for superhero fare, but also in how he is able to draw audiences in scores to his three-hour-long dramas.

In a sense, his films are the equivalent to the odd “event” films – think “Dangal” or on a much larger scale “Avengers: Endgame”. And while that may be due to a multitude of factors (including the attention the film received in the aftermath of longtime Tarantino film producer Harvey Weinstein being put behind bars) it is really the star cast of Once Upon A Time that has made the film such a huge success.

Although actors Brad Pitt and Leonardo DiCaprio are no stranger to big hits – what with World War Z and Titanic on each respective actor’s resume, both actors have made it a point to go for meatier indie movie roles and work exclusively in dramas than court the sort of roles that invite a ton of buzz.

That of course, doesn’t diminish their appeal among the masses but it has also made them two of the last remaining stars of Hollywood. And in Tarantino’s penultimate film, they are certainly treated as such. DiCaprio plays a fictional 60’s Hollywood actor Rick Dalton whose claim to fame is his role in a milquetoast Western TV series sometime in the past decade.

Dalton is clearly at the end of his career and we are brought in to witness a time in his career where that realization is dawning upon him. Pitt plays Dalton’s personal stuntman and confidante Cliff Booth, a war vet with a murky past and the looks of a movie star.

As is Tarantino’s decision to include her in the film and marketing, while not bothering to give her more than a few lines let alone a proper arc.

While the ensemble film features a who’s who of notable actors, the film is essentially about these two leading men and their lives amidst a Hollywood on the precipice of change. DiCaprio gives a tour de force performance, managing to make Dalton’s moronic character mesmerizing.

By imbuing him with both vulnerability and charm, Dalton is instantly lovable and DiCaprio’s warmth makes Rick one of the best Tarantino characters to date. Likewise, Pitt is at the height of his prowess, exuding coolness in every scene. In Pitt’s capable hands Cliff Booth is almost a rock star.

Swaggering around LA, he is essentially a 60s leading man facing his own obsolescence though in far more style. It is through him we first get entangled with the Manson cult. In one of the most outstanding scenes, we witness Booth visiting the Manson ranch, a location that used to be the set of the Western he and Dalton filmed.

Quentin Tarantino's #OnceUponATimeInHollywood cleared the $200M mark internationally to finish the weekend with a global total of $344.6M https://t.co/O3MUO29TC0 pic.twitter.com/ekSPoIUZ8R

The cult which includes Dakota Fanning, Austin Butler, and Lena Dunham doesn’t get nearly as much attention as one would think, but Booth’s casual visit there is certainly an entertaining introduction to them. Margaret Qualley from HBO’s Leftovers makes a star-making turn as Pussycat.

A member of the Manson cult and given the sheer strength of her performance, it is a shame that we don’t get to see more of her. Finally, there is Margot Robbie, depicting Sharon Tate, the infamous Hollywood starlet murdered by Charles Manson in her home.

Robbie is glorious in the few scenes she has, exuding an angelic charm that goes a long way in making up for her cameo sized role in the film. Nonetheless, the lack of Tate in the film is tragic.

As is Tarantino’s decision to include her in the film and marketing, while not bothering to give her more than a few lines let alone a proper arc. Her purpose in the film is to take the viewer back to 1969 but by randomly intercutting scenes with Tate, you get the sense that Tarantino is more interested in using her as a prop rather than a fully formed character.

Call it hesitance on the director’s part to not fictionalize her character too much or just lazy, sexist, writing. But the fact remains, that for a character so pivotal to the overall narrative and with a performance as strong as Robbie’s, it is unfortunate that Tarantino didn’t see fit to do more with her.

In a year where Oscar contenders seem to be few and far in between, Once Upon A Time In Hollywood is likely to rack up a good many nominations. But the film is certainly not the Django Unchained director’s finest work and while it features some iconic moments and memorable characters, a sluggish first half and lack of commitment to the film’s alt-history setting ultimately makes the movie one of Tarantino’s weakest features to date.

Ali Mahmood - 12 May 2021
The author discusses how in seventy years the People's Republic of China moved to the center of the world stage, became the world's largest economy (by purchasing power parity rating) in 2014 and what lessons does this hold for Pakistan given it was at the same level of development as China in 1949.