PM will appear before NAB whenever required: FM Qureshi 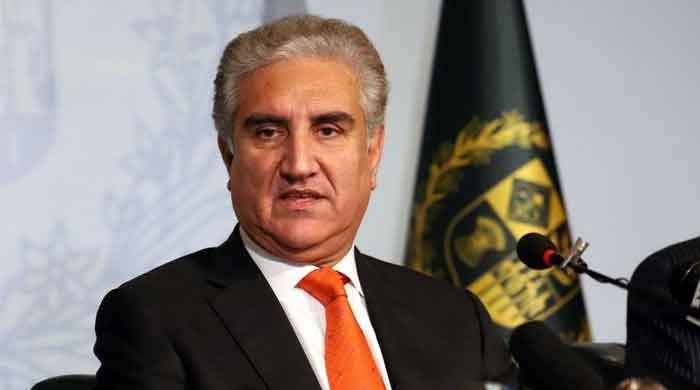 “The Pakistan Tehreek-i-Insaf (PTI) does not believe in the policy of conflicts in politics; the government does not have the power to send someone to jail”. The foreign minister made these statements while speaking to the press on Friday, 11th January.

Qureshi also said that the PTI government has only complied with the decisions of the honorable courts. “Not even a single case was initiated against the leadership of PPP and PML-N during the PTI government. Rule of law prevails in the country and everyone is equal before it,” he said.

Read more: Is a PTI-PPP deal on cards?

He was referring to the misuse of the KP governments’ helicopter case registered in the accountability watchdog against the Prime Minister. The charges allege that the PTI Chairman did not pay the KP government for using its helicopter on various visits, mostly to inaugurate small power projects.

National Accountability Bureau (NAB) Chairman Javed Iqbal said on Thursday, 10th January that if “[the] leader of the opposition in National Assembly can appear before the bureau then the leader of the treasury benches [prime minister] has no right to skip the NAB proceedings”.

The NAB chairman said this during his visit to the bureau’s office in Lahore. He dismissed the impression that NAB had ever faced “pressure to deal with the ruling regime with a soft approach”.

“NAB is not associated with any organization, political party or any government,” he remarked, adding that the accountability watchdog would “never take an excessive or revenge measure”.

Read more: Why PTI has withdrawn petition against Zardari

A day earlier than the NAB chief’s statements, Information Minister Fawad Chaudhry had appeared on Dr. Moeed Pirzada’s program “Live With Moeed Pirzada” at GNN and said that NAB should’ve made a case against the KP government, not Imran Khan. “It was the KP government that had invited him for the publicity of government’s own power projects.”

He said that the whole helicopter case of NAB against PM Imran Khan is ridiculous “It should not have been made in the first place because the KP government had invited Imran Khan”, the information minister said.

There are different opinions on the helicopter case; while it may not have solid grounds, it does make up for an opportunity for the current government to dismiss the notion of selective accountability that the left wing media has been propagating. If what the foreign minister is reiterating is actually true and the Prime Minister does appear in front of the accountability bureau for his inquiry, it will complete a set of accountability precedents that the current regime is establishing.

Why Pakistan would not be able to prosecute a ‘killer’ US diplomat once again?

Investigations against Musharraf continues, while no inquiry into Kiyani’s drug/pharma scandal